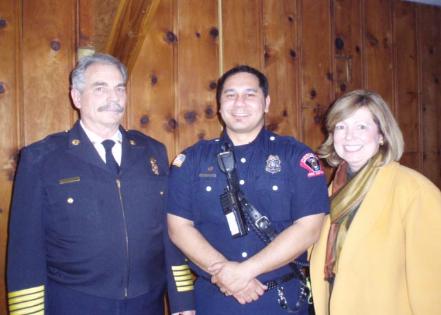 Billy Untalan
Firefighter of the Year
2008

Since October 2001, he was hired as a Resident Firefighter and worked his way up the chain to become a full time Paid Engineer.

He is a Full time paid Fire Engineer who handles the Personal Protective Equipment (PPE) program and is a DMV tester for the department. Being the DMV tester, he is able to test and certify fire apparatus drivers. He is currently attending Paramedic school. He recently was accepted and attended the National Fire Academy in Emmitsburg, Maryland.

Billy has been very active in the Cordelia Firefighters Association – serving as Vice –President the past two years. Every year, he has been involved in three Christmas toy give away programs that the Association participates in. He has also been involved in the Thanksgiving food basket program that is partnered with the cub scouts and Fast Lions club.

Here is what his peers said about him: